MPLS Networks Are Not Dead… I think? 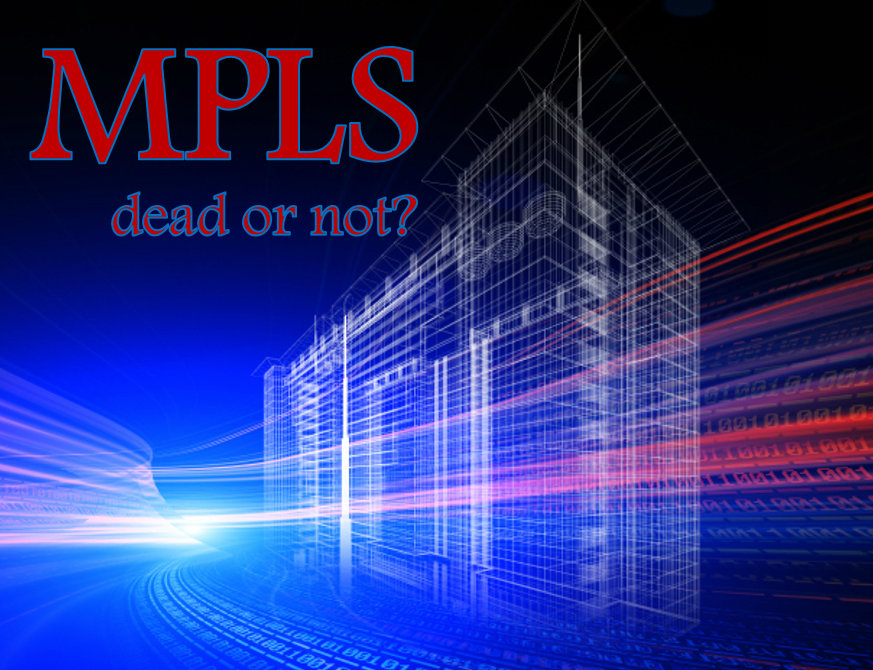 I have had several IT Directors ask me if they think they still need their MPLS network for their WAN.  Their thought process is that:

Okay, the VoIP thing is a legitimate argument.

Yes, this is somewhat true but what about bottlenecks from VPN encryption and decryption?  Aren’t you sending more data across your network than ever?  I’m not a network engineer, but has VPN equipment gotten a ton faster and much better at not taking longer to process large amounts of data going back and forth between sites?  If so, then alrighty, I’m dead wrong.  If not, then yes, you will still need an MPLS network in order to allow that data to flow like water!

Absolutely! SD-WAN is a great technology that in some ways, diminishes the need for MPLS. But remember that in order for packets to get to your SD-WAN network, they still have to traverse the public Internet… and you cannot guarantee latency, packet loss or jitter on the public Internet. Therefore, if your company has one or several critical, real-time applications (such as Voice, Video or Remote Desktop), running on the WAN, you may still want MPLS (in addition to SD-WAN). This way, your real-time traffic will still have guaranteed performance at all times.

My beloved #4, (assuming your sites are sending large amounts of data), wouldn’t you still need VPN’s to send the data back & forth to the 3rd party, from each site?  …and wouldn’t that 3rd party still have the same encryption and decryption bottleneck problem?  If so, we now get to the thing I’ve been thinking for the last couple years…

As the medium size organizations begin to adopt hybrid cloud environments, you will need to either have an MPLS circuit installed at your 3rd party cloud provider’s data center or your company will have to choose a 3rd party cloud provider that can also be your MPLS provider, so that your cloud servers are already sitting on the network and can simply stream through your existing MPLS network.

The second scenario is the reason why so many of the large telecom carriers are scrambling to add cloud applications to their product set.  They want to own the cloud application AND the pipe controlling the quality of transmission.  That’s not necessarily a bad thing for the client and it would mean no finger pointing.

To all of you Network Engineers, Network Architects, IT Directors and Systems Admins… are VPN’s faster?  Am I wrong or am I right?

Need an AeroCom expert to quickly find the top 3 MPLS providers for your company’s size, locations and requirements? Click below.

Mike Smith is the Founder and President of AeroCom and has been immersed in the business telecom and cloud industry since 1999. He has been the recipient of numerous industry awards and in 2011, he was honored as one of the top 40 business people in Orange County, CA., under 40 years old. Mike is passionate about simplifying the way IT buyers shop and select telecom and cloud solutions for their company. Follow Mike on LinkedIn, Twitter or SpiceWorks.