You like the idea of using Microsoft Teams for your company’s PBX… but you’ve also heard that Teams is lacking some pretty substantial features.

So, what if you just integrated Teams with a great cloud PBX solution?

Mike Smith explains the two options, for integrating Teams with a 3rd party cloud PBX solution, and gives you the advantages, disadvantages, and pricing for each.

Which cloud PBX vendors have the best integration with Microsoft Teams? Click below and ask Mike today.

So your company is looking into a new phone system and you’re looking into Cloud PBX, and one of the things you’d like to do is integrate that Cloud PBX with Microsoft Teams Phone System. So maybe you’re not quite ready to go with Teams Phone System and maybe you think it’s not quite where it needs to be to have a full teams experience for your phone system solely. You want to use a Cloud PBX solution that has a little bit more bells and whistles that has more capability yet you still want the opportunity to integrate with Teams. Well, there are some options out there for you, and I’d say that they really fall into one of two categories. Number one is the service provider just has some type of an integration that works so that when you’re in Microsoft Teams, you can click to dial from within Teams.

So maybe you find a contact in Teams, you right-click on them and an option comes up to call using ABC Cloud PBX Service. So then you can click to outbound dial from within Teams. So that will be one way to integrate is what I’d call, click to dial integration. And so with that type of an integration, you can dial outbound, but if an inbound call comes in, it’s going to pop up the softphone for your Cloud PBX service provider, it’s not going to pop up Teams.

That’s a great way to do it. The only downside is that you’re going to have to pay for both. You’re going to have to pay an $8 fee per month per user to Microsoft to make Teams work like a phone system, and you’re also going to have to pay your Cloud PBX service provider for their service on top of that, and you might even get paid an additional fee for the Teams’ integration. So that second way of doing it, it’s really the best of both worlds because you’re getting no lack of functionality that teams typically has for a phone system, because you’re using your Cloud PBX service provider’s platform. But you’re also getting what you might want, which is the Teams interface. So it’s a great way to do it, but it’s definitely the most expensive way to do it. 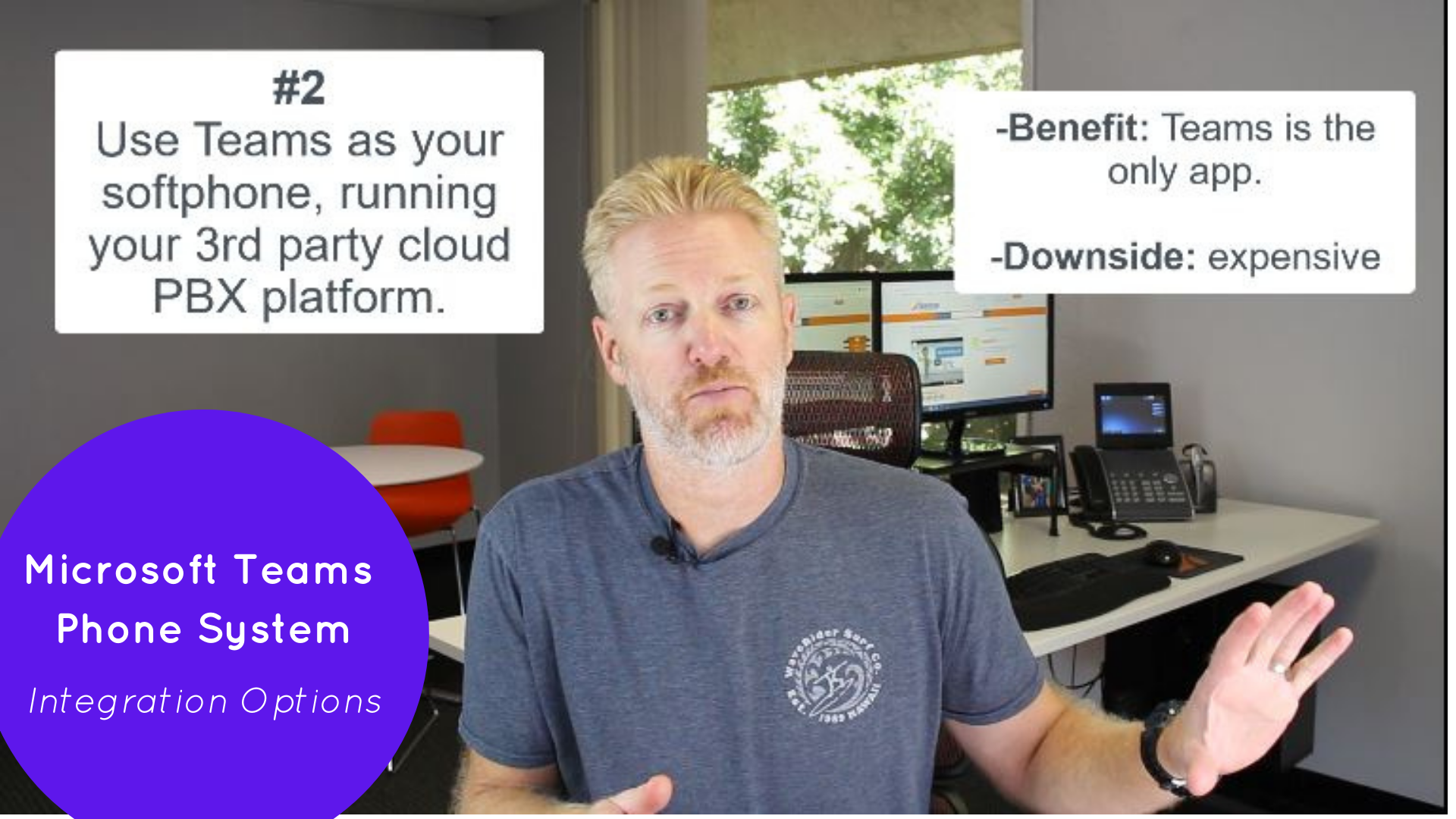 So those are two ways you can integrate a Cloud PBX service with Microsoft Teams. You can either do click to dial, or you can do a full integration. The click to dial is less expensive because you’re not having to pay the $8 per month for Microsoft Teams’ phone system features, but it’s not as quite as functional. If you want to go fully functional, you’re having to kind of pay both sides at the same time. So hope that helps a little bit.

And if you pick something you like those service providers end up paying our company the broker fee, so your company doesn’t have to pay us anything. So there’s really no excuse not to call me and just ask me a few questions I’m happy to help. Just don’t sit there and Google and try to figure it out, you’ll be spending hours online and you’ll never really get the right service providers to quote, it’s just easier just to reach out to me. So hope that helps, have a great day, I’ll see you on the next video.