ITsmiths: Trisha Walsh – Director of IT for Yelp 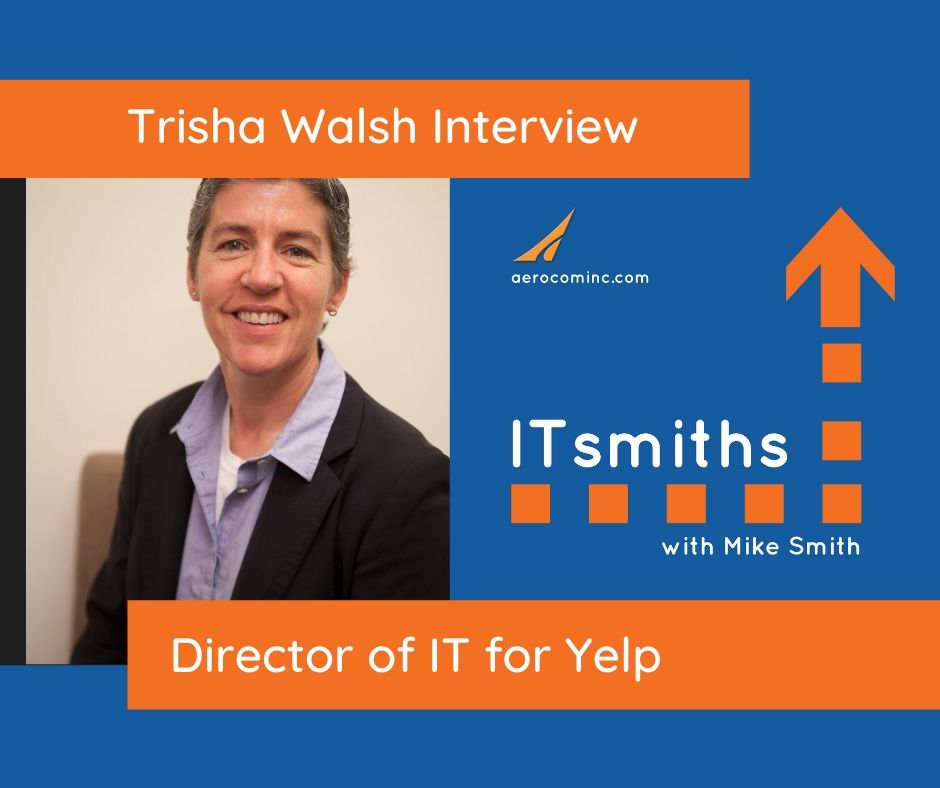 Trisha Walsh, is a global IT leader who has succeeded with some of the world’s biggest brands and coolest companies.

She is currently the Director of IT for Yelp… a company with over 6,000 employees and year after year, one of the most popular smartphone apps around.

Prior to Yelp, Trisha was the Director of IT for Gap, Inc. and also worked at Bank of America for 16 years, where she worked her way up to a lofty leadership role in the IT department.

But the road to her successful career in IT hasn’t been easy for Trisha. In childhood, she experienced some very hard circumstances and tragedy, which really affected her in her early career. These tough times did some serious damage that eventually lead her to a turning point in her life… which ironically, was also the start of her IT career.