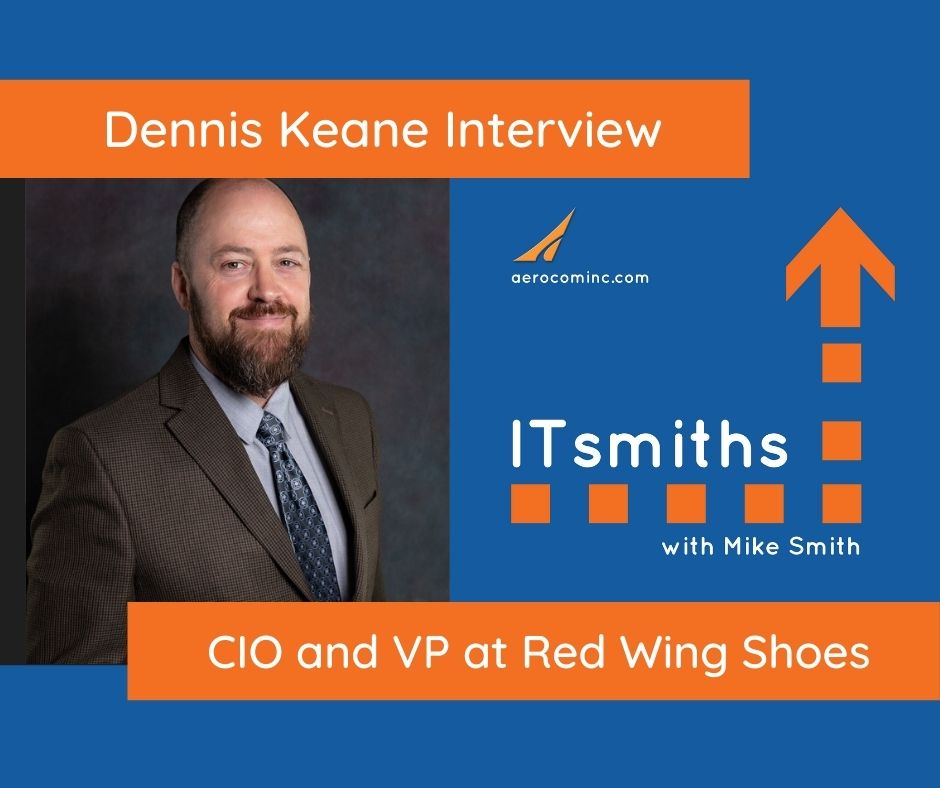 Dennis Keane is the Chief Information Officer at Red Wing Shoes. A company with (not only great shoes), but over 1,000 employees and more than 600 retail stores.

Since he was a young boy, living in Ireland, Dennis had a natural curiosity about things, and a thirst for acquiring the knowledge that could satisfy this curiosity.

He also has a great way with people.

Add those two things together, and you have the foundation for what lead Dennis into initially becoming a software engineer. Then, it’s also what pushed him to lobby to his boss, early in his career, that they needed to make the bold shift from a Waterfall, to an Agile software development approach.

And it’s also what later, helped him climb the ladder to becoming a Vice President and CIO for Red Wing Shoes… which is when Dennis and I sat down, to hear the story.